Hi everyone and welcome to the glorious twelfth.  As today is my 44th birthday I have decided to hand my blog over to a guest; Jo Lambert who is here to talk about her new release SUMMER MOVED ON.  So while I spend the day in an attempt to relax, here's Jo to keep you all entertained. 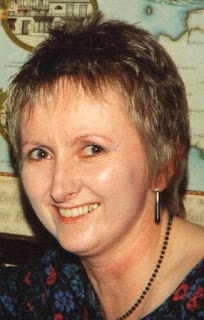 Jo Lambert was born and brought up in rural Wiltshire.


Her first novel, When Tomorrow Comes was published in 2009 and four other books  - Love, Lies and Promises, The Ghost of You and Me, Between Today and Yesterday and The Other Side of Morning  followed.  They formed a series charting the loves and lives of four Somerset families over several decades.


Summer Moved On, her sixth novel, is the first part of a two book love story set in South Devon.


Jo now lives on the eastern side of the Georgian city of Bath with her husband, one small grey feline called Mollie and a classic white MG Midget named Bridget.  She loves travel, red wine and rock music. 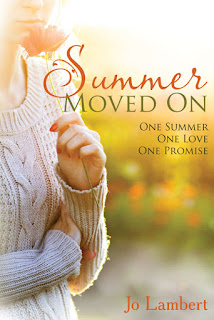 After a long-buried secret tears her family apart, Jess Hayden moves to the South Devon village of Lynbrook to live with her uncle.   Rufus owns the village pub, The Black Bull, and having visited before, Jess knows the villagers well…especially one of them.


Talún Hansen has a reputation, making him the kind of man no decent girl should get involved with.  Jess, however, has been under his spell from the moment they first met.  Although they always seem to bring out the worst in each other, there is no denying the attraction that simmers between them - an attraction Jess knows she needs to keep under control after repeated warnings from her uncle.


As she settles into village life she begins to learn more about this wild, dark-haired gypsy with the compelling eyes, and realises their lives hold many similarities.  Despite her uncle’s warnings, she begins to spend time with him.  For Jess, the coming summer holds passion; for Talún the hope that he has at last found someone who truly cares for him.


But as autumn approaches, a dark shadow from Jess’s past returns, bringing far-reaching and unwanted changes for both of them.
SNIPPETS TO TEASE!

‘It’s just a scratch, head wounds always bleed,’ she said, keeping her voice business-like. ‘I’m sure you’re upset about missing a trip to A & E and letting some pretty nurse get her hands on you but on the plus side at least there’ll be no stitches to spoil those good looks of yours.’


‘Sarcastic, eh?’ The word seemed to amuse him. ‘So, are dark, brooding and romantic sarcastic words too?’ he continued, fixing his tormenting gaze on her again.


‘What?’ She stopped, holding the cotton wool away from his cheek. ‘Where did you hear that?’ she asked, feeling heat flood into her face.


‘Leanna told me. She said that’s how you’d described me on the day you saw me at The Bull back in February.


‘Tut tut, you are such a little liar, Jess Hayden,’ he said, his disturbing grin returning.


‘Shut up and keep still,’ she commanded, opening the tube of antiseptic and reaching for the sticking plasters. She wanted to make him angry again, because anger was much easier to deal with than the bone-melting smile she was currently being treated to.

Jess watched them thoughtfully before turning back to Amber. ‘I gather you and Dad have had words over this. Am I right in thinking that’s the real reason for your headache?’


‘Yes,’ Amber said with a reluctant sigh, halting her attack on the potato. ‘He’s behaving like a fool. Giving someone a roof over their head is one thing but spending all this money on a complete stranger is total madness and, I have to say, not at all like him.’ She shook her head. ‘He doesn’t normally throw money around like this.’


Jess turned her attention back to the garden where her father was still talking to Lily. Watching them for a moment, she saw the girl reach up and stroke his shoulder with agile fingers and she glanced at her stepmother, finding she was also staring.


‘I’m not sure what’s going on,’ she said quietly, ‘but Dad is not having an affair with her, no way.’


The slow rise and fall of his body indicated he was sound asleep and Lily’s gaze washed over his tanned skin and the breadth of his shoulders. Heavily into sport - rugby during the winter, cricket in the summer and rowing all year round - it was essential he kept his body toned and fit. And how much better to be sharing a bed with someone like this instead of the bag of lard Pauli had become, she mused, deciding she didn’t miss him at all.


She reached out, eager to remind herself of the smoothness of his skin and the tautness of muscle beneath. Stealing this gorgeous man out from under the nose of Jess had been one of the best experiences she’d ever had. In fact, she had become so besotted with him she no longer planned to walk away once Jess discovered their affair. Instead she was going to keep this beautiful, sexy guy for herself.


‘Well, I’ll leave you to it.’ Talún seemed to take this as his cue to depart. ‘Good to see you again, Jess.’


Watching him walk out into the yard, she remembered how Zac had very uncharitably called him a scarecrow because of the clothes he wore. But those clothes could not hide the beauty of him: tall and graceful with muscle and strength gained from work on the farm and a face that would never fail to turn a woman’s head, no matter what her age. Aware of the intensity of her reaction to him, she knew how easy and dangerous it would be to fall under his spell once again. But there was no way was she going to join his long list of broken-hearted casualties. Something she knew almost certain his current girlfriend, Ben’s sister Sharon, was eventually destined to become.
Check out this lovely review at Brook Cottage Books:
http://www.brookcottagebooks.blogspot.co.uk/2015/08/review-giveaway-summer-moved-on-by-jo.html
BOOK LINKS:
http://www.amazon.co.uk/Summer-Moved-Jo-Lambert/dp/1515087573/ref=sr_1_1?ie=UTF8&qid=1438859795&sr=8-1&keywords=summer+moved+on
http://www.amazon.com/Summer-Moved-Jo-Lambert/dp/1515087573/ref=sr_1_1?ie=UTF8&qid=1438861269&sr=8-1&keywords=summer+moved+on
You can contact me at:

Posted by Unknown at Wednesday, August 12, 2015 No comments: